“The clarion-voiced, impressive” (New York Times) Lirico Spinto tenor Bruce Sledge has been praised for his “bright, attractive sound and superb technical skills” that he has shared with audiences at major opera houses around the world over his career spanning more than two decades. Sledge started the 2019-2020 season making his role debut as Pinkerton in Madama Butterfly in a Metropolitan Opera “Live in HD” transmission seen by audiences in over 70 countries worldwide. He was also seen at UCLA’s Royce Hall as a tenor soloist in Rachel Fuller’s Animal Requiem. Upcoming engagements include covering the title role of Die Meistersinger von Nürnberg and Bacchus in Ariadne auf Naxos at the Metropolitan Opera, a reprisal of the role of Paolo Erisso in Rossini’s Maometto Secondo with Washington Concert Opera, and his role debut as Don José in Opera Colorado’s Carmen.

In recent seasons, Sledge returned to the Deutsche Oper Berlin for performances of Jean in Le Prophète and to the Welsh National Opera as Lorenzo in The Merchant of Venice and Macduff in Macbeth. He was praised by Opera Wire for his “dramatic versatility” for his portrayal of Bacchus in the Santa Fe Opera’s Ariadne auf Naxos, and Opera Canada raved that his “radiant, voluminous tenor and ease with language” as Lord Riccardo Percy in Anna Bolena with the Canadian Opera Company was “spot-on.” A regular roster member of the Metropolitan Opera, Sledge made his debut as Almaviva in Rossini’s Il Barbiere di Siviglia, followed by performances as Ferrando in Mozart’s Così fan tutte, Tamino in Mozart’s The Magic Flute, Don Ottavio in Mozart’s Don Giovanni, and King of Naples in Thomas Adès’s The Tempest.

Sledge counts among his career highlights singing the role of the Duke of Mantua in Rigoletto with companies including Vancouver Opera, Boston Lyric Opera, Tulsa Opera and in Avenches, Switzerland; Paolo Erisso in Rossini’s Maometto Secondo with the Canadian Opera Company and Santa Fe Opera; Leicester in Maria Stuarda with the Minnesota Opera, Welsh National Opera and Swedish National Opera; Count Almaviva in Il Barbiere di Siviglia with the Hamburgische Staatsoper and Tulsa Opera; Leicester in Elisabetta, regina d’Inghilterra with the Rossini Opera Festival; and Ernesto in Don Pasquale at the Deutsche Oper in Berlin, Teatro Regio di Torino, Teatro Comunale di Bologna and New York City Opera. He performed the role of the Italian Tenor in Der Rosenkavalier at the Lyric Opera of Chicago; Léopold in La Juive at La Fenice; Alfredo in La Traviata at the Royal Danish Opera; Ferrando in Così Fan Tutte at the Pittsburgh Opera; and as Tonio in La Fille du Régiment on the Teatro Comunale di Bologna’s tour to Savonlinna. As Vladimir Vladimirescu and the Fisherman in the double-bill of Mozart’s The Impresario and Stravinsky’s Rossignol at Santa Fe, Sledge “sang with appealing lyricism” and “performed to glorious poetic effect” (Opera News).

As a concert soloist, Sledge has performed in The Defiant Requiem in Asheville, NC and Vienna, Verdi’s Messa da Requiem with the Spoleto USA Festival and the Radio Television Ireland Orchestra in Dublin, Mendelssohn’s Elijah with the National Symphony, Schubert’s Mass No. 6 with the San Diego Symphony, Beethoven’s Missa Solemnis with the Berkeley Symphony, and he has sung with the Risca Male Choir in Wales and Opera Companies of Tampa, Atlanta and Hong Kong. Several appearances with the San Francisco Symphony have included Mozart’s Requiem, Stravinsky’s Pulcinella, and singing as the Shepherd in Oedipus Rex and soloist in Schubert’s Mass No. 6 under Maestro Michael Tilson Thomas. With the Gulbenkian Foundation in Lisbon, he has performed concerts of Bartok’s Cantata Profana and Kodaly’s Psalmus Hungaricus, and sang Brahms’ Liebeslieder Walzer with the New York City Ballet. Sledge appeared in recital at Carnegie’s Weill Hall in celebration of Marilyn Horne’s 75th Birthday.

Bruce Sledge recorded the role of the Fox in Spanish and Catalan versions of Janacek’s The Cunning Little Vixen for the BBC with Kent Nagano, has been seen on the NBC sitcom Scrubs, and can be heard on the soundtrack of the motion picture The Sum of All Fears.

Sledge was a finalist in the 2002 World Voice Masters Competition in Monte Carlo, a finalist in Placido Domingo’s Operalia 2000 World Opera Contest, and a national finalist in the 2000 Loren L. Zachary Vocal Competition. In 1998, he was a Western Regional Finalist in the Metropolitan Opera Auditions and was awarded first place in the Los Angeles Chapter of the National Association of Teachers of Singing (NATS) Competition. Bruce Sledge received his master’s degree in vocal arts from the University of Southern California. 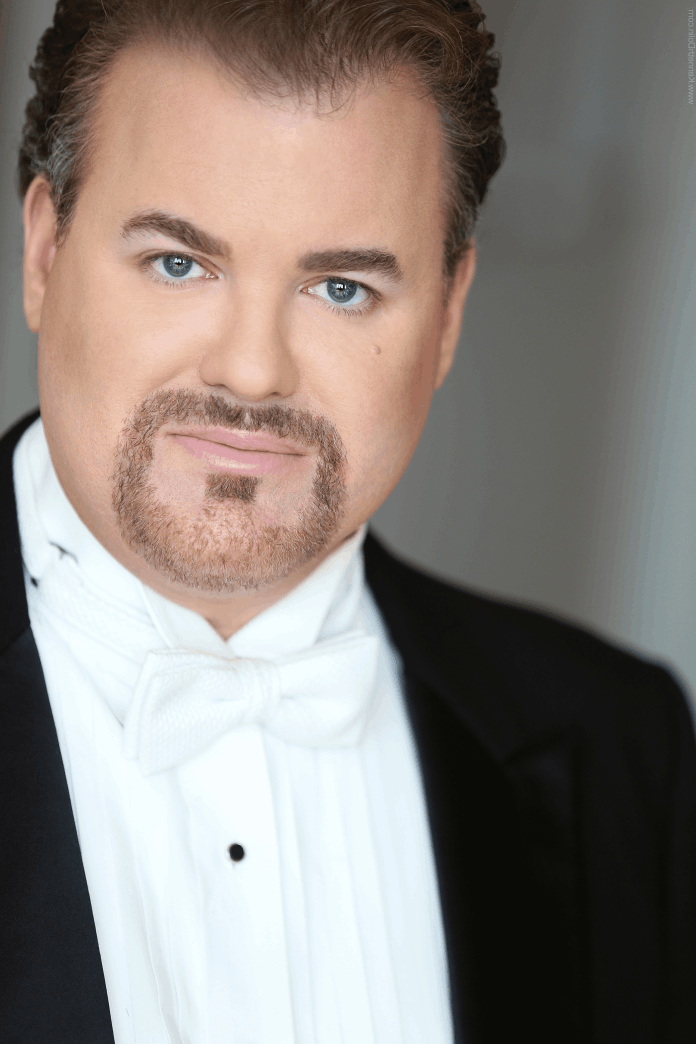 Built with Mobirise - Check this